The NORTH CAROLINA JAIL ADMINISTRATORS’ ASSOCIATION is offering cash scholarships to eligible students who are currently enrolled or who have been accepted into an accredited college or university to study criminal justice-related courses.

History – Prior to the creation of the North Carolina Jail Administrators Association, Sheriff Richard Frye of Alamance County (and others) worked diligently to generate support for the creation of the NCJAA.  Sheriff Frye encouraged other sheriffs to support the creation of NCJAA, agreed to host the first three annual conferences for NCJAA and lined up key speakers for each of these conferences, to include various state officials.

In recognition of his commitment to the creation of and support of the North Carolina Jail Administrators Association, in 2002 the NCJAA Board of Directors unanimously named this scholarship in memory of Sheriff Richard L. Frye. 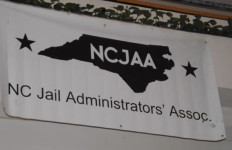